Shareholders of Newstrike Say ‘Yes’ to CanniMed Acquisition
The positive vote signals to CanniMed as Newstrike is ready to merge–if its shareholders decide in favor next week
« US Attorneys General Seek…Exclusive: High Hampton C… »
Bryan Mc Govern • January 17, 2018
Add Comment
100
optimized-screen-shot-2018-01-17-at-3-38-28-pm
The shareholders of Newstrike Resources (TSXV:HIP) agreed on Wednesday (January 17) with the proposed takeover from CanniMed Therapeutics (TSX:CMED), a key win for the partnership seeking to flourish away from the Aurora Cannabis (TSX:ACB; OTCQB:ACBFF) aggressive takeover attempt of CanniMed.

According to the Globe and Mail, investors with 99.4 percent of the stock were in favor of the transaction. Through this deal, CanniMed hopes to make an imprint into the recreational market, set to open sometime this summer, thanks to Newstrike’s brand Up Cannabis.

Newstrike gained notoriety last year after it scored a partnership with the Canadian rock band The Tragically Hip. The company has been on a path of elevating their brand, Up Cannabis. At the Lift Cannabis Expo in Vancouver, the brand had one of the largest booths on the show floor.

Market reaction to the Newstrike vote
On Wednesday the markets closed with different results for all three players involved in this case. Newstrike had a 16.42 percent decline in its share value and finished the day with a value of $1.12 per share. CanniMed, on the other hand, enjoyed a 10.57 percent increase in share price and closed the day at a price of 27.82 per share. Aurora had a 3.44 percent increase in its stock and was valued at $12.32 per share.

In the eyes of CanniMed, which is vigorously seeking to avoid the takeover from Aurora, this is a positive first result of the various shareholder voting sessions taking place. Shareholders of CanniMed will now decide the fate of the company on a vote next Tuesday (January. 23).

Both Aurora and CanniMed have campaigned to shareholders on the reasons why they should or shouldn’t vote in favor of the acquisition of Newstrike Resources. Cam Battley Aurora’s chief corporate officer told the Financial Post their offer for CanniMed “is contingent” of the Newstrike deal getting a negative vote from CanniMed’s shareholders.

The vote from CanniMed requires a majority for the deal with Newstrike to go through. However, according to the Globe and Mail, there are investors with 36 percent interest of CanniMed who are “committed” to the Aurora takeover.

Investor Takeaway
The resolution, in this case, is coming soon where investors of CanniMed will determine the result with their vote. If the deal with Newstrike is shut down, it is unclear what the next steps will be for the Aurora takeover to take place as management from CanniMed has fought off the bid by all means available.

CanniMed’s displeasure with the takeover bid from Aurora has grown so much, the company even sued it’s competing for public LP for “multiple claims of wrongdoing.” The company is seeking $725 million in damages through the unserved suit. Highlights of the Transaction

The proposed Transaction brings together two of Canada's premier cannabis companies with fully-aligned strategic visions and production philosophies, as well as complementary assets, distribution networks, products, and capabilities. The combined company will meet what Aurora and MedReleaf management teams consider to be the critical success factors in the industry, creating a powerful platform for accelerated growth on a global scale: 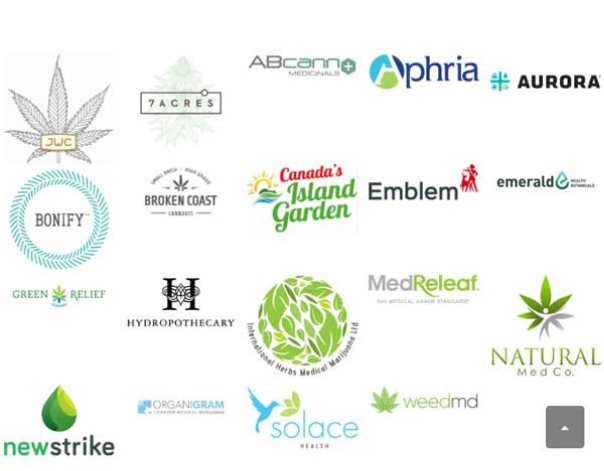